I was actually terrified to watch this film, because when I was looking it up, THIS happened: 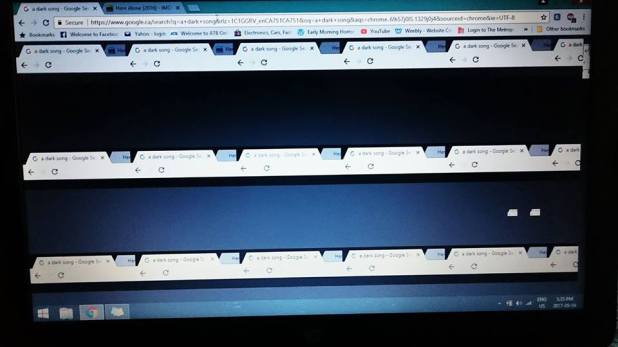 However, I finally got around to it. The film was very much a slow burner. Like a dull headache that grows more and more painful. Not to say the movie was bad or anything, it’s just that it really focussed in on the torture and despair that drove the painful practises. No jump scares or tension-building. More of like a bad dream you wake up from in the day time. It’s about a woman who has suffered a loss and is looking to do a little dark magic with a guide, which takes intense dedication and strength, in order to see the one she’s lost. Unfortunately, the ending is very fantasy-filled and hopeful. If it were another movie that was less depressing, it would have worked, but it just didn’t quite fit with the rest of the film. Perhaps if they had changed the glowing image and ended the film on a dreary note, it would have been a winner. A ghost, or macabre icon, singing a song would have been better-suited. Because, guess what, there are no songs or singing of any sort in this movie.